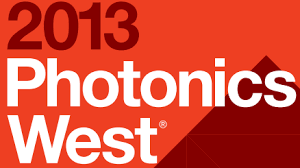 The new HPP Laser Diode Pulser features the ability to deliver 350A at output voltages up to 90V with short rise/fall times of <15µs and an average output power of up to 6kW, an industry first. Even when operating at a maximum of 350A, the new HPP pulser provides full diode protection to prevent damage. Lumina designed the new laser diode pulser to work with its LDD-VP series of continuous wave (CW) power supplies which regulate the input voltage to the pulser for optimal overhead voltage and a peak efficiency of >90%. The HPP pulser is controlled by a standard 15-pin analog/TTL interface and includes inputs for enable, trigger, output current, simmer voltage and CW/pulsed operation.

Photonics West is North America’s largest photonics and laser trade show, attracting leading laser, photonic, and electro-optical device manufacturers from around the world and featuring 1200 exhibitors and over 20,000 attendees from the medical, bioscience, industrial process, and communications industries. The 2013 show is scheduled for February 5-7 in San Francisco’s Moscone Center.

This site uses Akismet to reduce spam. Learn how your comment data is processed.